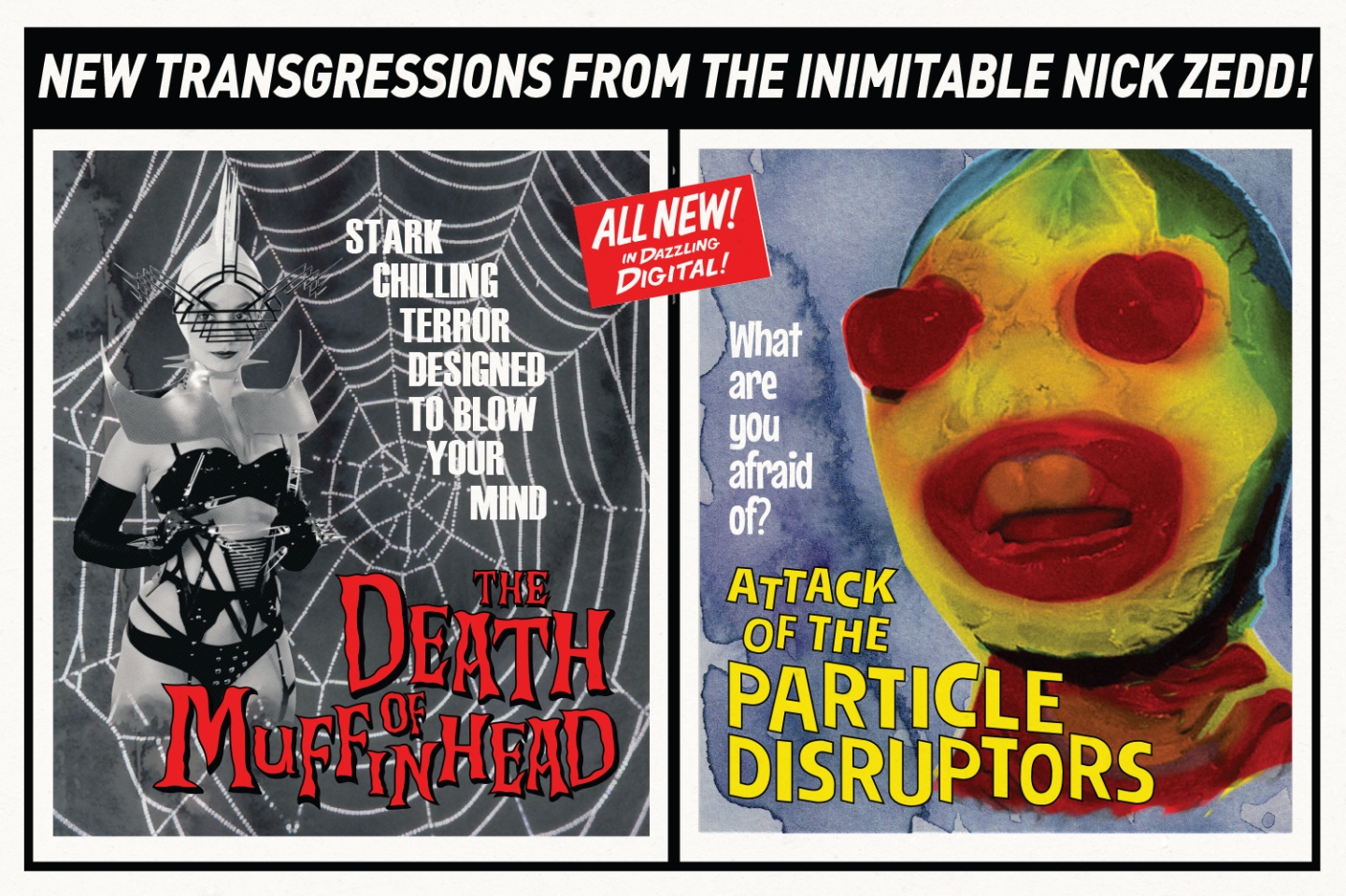 “Film as Art” at the Art of Brooklyn Film Festival

At the 2017 Art of Brooklyn Film Festival, two new films directed by legendary underground New York filmmaker Nick Zedd are screening as part of their “Film as Art” program.

The films – “The Death of Muffinhead” and “Attack of the Particle Disruptors” – were both produced by KHLOARIS’s own Kenneth Filmer for Brooklyn Fire Proof Films, while KHLOARIS’s Nouri Zander served as animator, editor, and special effects director.

The films will be screening at a number of additional festivals and venues throughout the year.